The Role of Test Manager 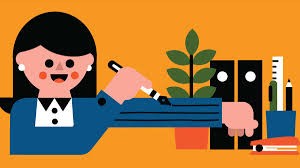 The Role of Test Manager

The test manager is tasked with organizing and guiding the daily progress and monitoring the quality of testing using the rapid testing methodology. In small projects, this role can be performed by a project manager. In medium-sized projects, this job position can be called a “test leader”. In the case of very large projects, during dynamic testing, these duties can be performed by a single person fully engaged only in this work, working with the testing team, network specialists, database administrators, test lab technicians and business analysts who represent the interests of the user community. When performing the usability test, this job position may be called the head of a usability testing laboratory. Such a manager encourages employees from other organizations to test a new set of products and technologies in real-world scenarios to find out how it will be easy for them to actually use these products to accomplish the tasks that need to be done. Software testing services companies help to ensure that all facets of mobile and web projects are fully covered.

The test manager is responsible for studying software test plan documents for a project and implementing the following actions:

As you can see, the role of the testing manager is somewhat similar to that of the director of a movie or multimedia product. If the team has not a test manager, individual testers, each working with their own subset of tests, would create chaos due to insufficient consistency of the test schedule, test platforms, partial file sharing, lack of “snapshots” of test results and backups that would be required for generating the environment of each test case. Parallel execution of tests by several specialists using independent and shared network resources requires an organized plan, consistent implementation and generalization of the results. Protection of the interests of end users, whether it is performed by business analysts maintaining large operating information systems, or by pseudo-end users of a commercial product, requires the presence of a specially appointed person, namely the test manager.