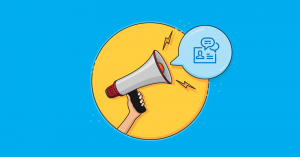 When defects are introduced in the product requirements, they spread in the wave-like manner over the entire development. You will have to dedicate enough resources, effort and time to eliminate the consequences of such a defect distribution can be eliminated only. Experts argue that if the cost of detecting and eliminating a defect at the stage of f requirements gathering is $ 1, then at the design stage, these costs increase to $ 5, at the coding phase – $ 10, at the unit test phase – $ 20, and after the software product has been delivered to the customer, the cost of eliminating the same defect reaches $ 200. A diagram illustrating the costs of eliminating the defect at different stages of development is shown in Figure below. For the most part, such an escalation of costs is associated with the need to re-execute the work at a stage preceding the one at which this defect was detected and eliminated.

The data analysis, published by the famous test group, which aims to identify the causes for the unsuccessful completion of projects and the costs of eliminating defects not in the early but late stages of the development lifecycle, clearly favors the use of static testing during the requirements gathering phase in order to prevent the defects from leaking out to more late stages. Want to receive testing software services from distinguished qa specialists? If yes, you just need to contact offshore partners online or via phone.

Figure. The cost of eliminating a defect at the development stage.

There are two reasons for attracting members of the testing team to participate in the early stage of requirements gathering:

We have discussed the process of formulating requirements from testing specialist’s point of view. As a rule, such a discussion begins by talking to the user in order to elicit requirements and analyze the tasks, define the work products and points in this process which can be subjected to static testing.