A Little Bit of Worthy Information About Waterfall Development 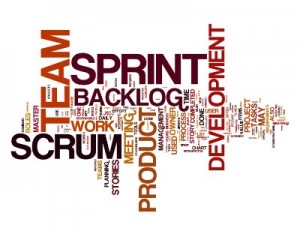 A Little Bit of Worthy Information About Waterfall Development

It is impossible to build a rigorous software development model represented as a phased progression of activities – sequential execution and completion of processes – this is what the Waterfall model assumes. Spiral model in particular is an evolutionary process which much better reflects the iterative nature of software development.

If you have worked as a testing expert in Waterfall software development projects, you most likely have experience solving another problem, which is quite common to the Waterfall model. If you do not take special precautions, all errors made in the requirements gathering phase, when designing the system and writing software codes leak into the test design phase. If Waterfall model is used to build software project, the test team can detect a lot of defects before the very end of the development – defects which can be traced back to requirements gathering, design or coding stages. Returning to the earlier stages of the Waterfall development process involves considerable difficulties and is quite time and money consuming, since all the work products that supposedly already passed the final stages must be re-examined. Quality assurance consultant has extensive experience in qa and testing field to help you in development and maintenance of superior software products.

Despite all the problems that arise, the Waterfall model is worth investigating, since it contains the main components necessary for the development of software programs. No matter what the model is used, software development must begin with an understanding what you need to  build, that is to say, with the determination and analysis of requirements. The development process should consist of design, coding, and testing, regardless of whether they are performed in a linear sequence, according to the Waterfall model, or in the iterative sequence common to evolutionary prototyping and classic life cycle models. The Waterfall model is used to improve the process, but it is required to apply the basic principles of rapid testing despite the chosen life-cycle model.

In the traditional Waterfall model, the role of test organization process remains unclear until system testing and acceptance testing begin. Most of the activities in the early stages of project, such as design, coding and unit testing are primarily associated with the team of software developers. For this reason, it makes sense to build appropriate software testing life cycle model. Owing to the fact that the development of dynamic tests is a process that largely coincides with software development process, it follows that the Waterfall test model is quite similar to the Evolutionary test model.